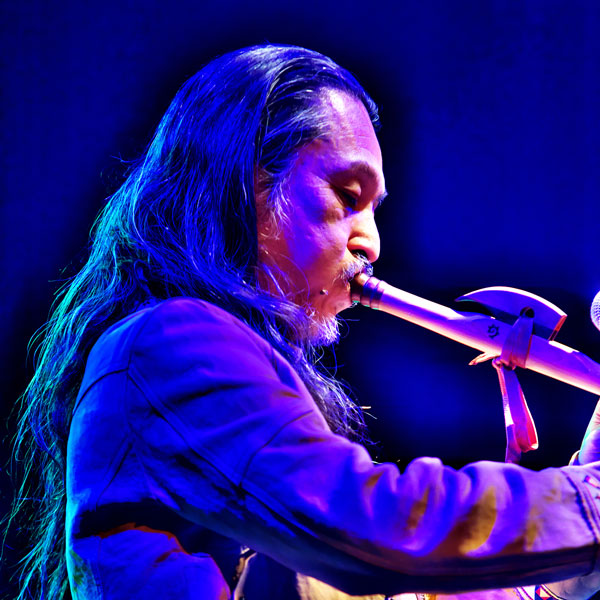 Musician and sound artist. Born in 1964. His world premiere was through the IC DIVIT of Germany in ’90.

His ambient music, in which he uses ethnic instruments in various ways and expresses it with Japanese sensibility, is being widely introduced in Western media. To date, he has released more than 30 albums as a group or as a solo artist.

He has also participated in many open-air festivals both in Japan and abroad. As his life’s work continues to perform at sacred sites around the world, natural heritage sites, shrines and famous temples throughout Japan.

He carries out a wide range of activities, from his work as a musical artist, sound art producer, composer of soundtracks for films, television programs, etc., and music director at different events.

In recent years he has worked on projects such as the Great Dairinpasai Festival (2015/Kyoto National Museum) and the 41st National Ikujyusai Festival (2017/Kagawa) as the musical director and musician at the main event of the festival.

He is also the musical director of the film, “Peace Nippon”, released nationally in 2018.

He was awarded the Kagawa Prefectural Arts Award in 2017.