The Gendai Reiki Ho Madrid Association informs of the decision TO POSTPONE THE CELEBRATION OF THE Centenary of the Usui Reiki Ryoho from 1922-2022 to the year 2023.

Due to the uncertainty caused by COVID 19 and its possible mutations, Japan remains closed, and we do not know when it will be possible to access it without restrictions. Moreover, even if we can enter the country, we may be required to spend a few days in quarantine, days that each participant would have to pay for out of their pocket, and
therefore we see this as unaffordable.

For this reason, the Gendai Reiki Ho Madrid Association met in General Assembly last Thursday, January 13th, and decided unanimously to postpone the celebration of the “Centenary of Usui Reiki Ryoho 1922 – 2022” to the following year, 2023. Furthermore, we decided to change location and look for an alternative to ICC KYOTO.

On January 28th, 2022, the AGRHM has called for an Extraordinary General Assembly to choose the new dates and venue for the event in 2023. We have tried to delay the decision in the hope of holding it this year. However, given that some groups and individuals were already starting to buy tickets and book hotels, we have now been forced to take
this decision.

It has been tough to make this decision, and we are very sorry from our heart that this may affect those who cannot participate in 2023; however, we must come to terms with the situation caused by the COVID 19 pandemic and adapt to whatever comes next.

We provide you with a series of guidelines and recommendations for planning your trip to Japan. We also offer you a series of complementary activities for the Usui Reiki Ryoho Centenary such as: the celebration of Mikao Usui’s birth anniversary in Taniai; visits to mount Kurama; group tourism; the Kumano Kodo path; what to see and do in Kyoto; and accommodation and transport near the ICC.

If you decide to attend the Centenary of the USUI REIKI RYOHO we would like to make some recommendations so that you can plan your trip and enjoy both the Centenary celebration and Japan. 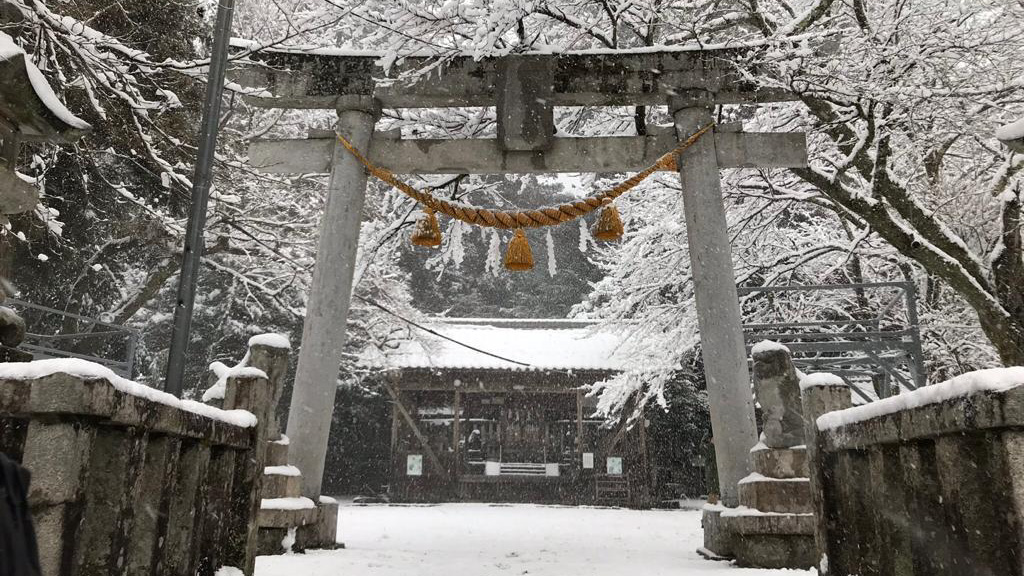 August 15th. 2022
Celebration of the Birth of Mikao Usui.

The first 250 people (in the order of registration for the Usui Reiki Ryoho Centenary event to be held at the ICC Kyoto) will be eligible to join the Mikao Usui Birthday Celebration tour in Taniai, Gifu.

For this event we have the cooperation of the Taniai Reiki Association and the people of Taniai, who are the organisers of the day’s events.

We advise that after the close of the Centenary celebration in Kyoto on August 14th those who register for this celebration should travel by bullet train from Kyoto Central Station to Gifu Hashima and stay close to the station. Another option is to travel to Gifu Hashima before 09:30 on the morning of August 15th. We also recommend booking your seat on the bullet train in advance.

The conditions and prices will depend on the information which the Taniai Reiki Association will provide us with.

REGISTERING FOR THE CENTENARY IN TANIAI

Information on hotels in the area of Gifu, Hashima Station 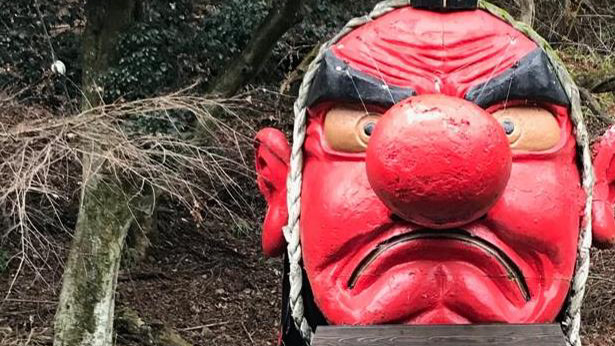 We have 4 options for visiting Mount Kurama.

If you choose this option, you can find plenty of information on Google Maps or a similar application.

There is a funicular railway run by the Kurama temple itself which connects the San-mon (山門) station exit with the Tahōtō (多宝塔) temple station. The trip lasts under 1 minute. On foot it takes about 30 minutes.

2- Contract an excursion with a travel agency

If 30 – 50 people (strictly by order of registration for the main event in Kyoto) were interested in travelling together to visit Mount Kurama & Kibune.

Conditions and prices will depend on the number of participants.

REGISTRATION FOR THE VISIT TO MOUNT KURAMA

A group of participants from the Gendai Reiki Ho Association Madrid (AGRHM) who will be attending the Centenary intend to join forces to set up a GROUP TOURISM initiative with a Spanish-speaking guide to visit some emblematic sites in Japan. This would take place once the Usui Reiki Ryoho Centenary celebrations are over.

The trip would last for 10 days and would be organised by a travel agency specialising in trips to Japan. The price will include: transport within the country, half or full board, entrance to the places to be visited, hotels, Spanish speaking guide as well as air travel (optional).

If another group of participants would like to set up a GROUP TOURISM initiative with a guide in a language other than Spanish, please get in touch with us at turismo@gendaireikihomadrid.com so we can allow people to get in touch with one another. Our organization is not directly involved in organising any of the groups. We shall merely act as a go-between between participants speaking the same language so that they can get organized and get the most out of this unique experience.

The Kumano Kodo, also known as the Kumano Path, is a network of roads connecting the Kumano Sanzen sanctuaries. It is also one of the most famous pilgrimage routes in Japan, equivalent to the Camino de Santiago de Compostela in Spain. These are the only two pilgrimage routes classified as Heritage of Humanity by UNESCO. This route is very well known for its great beauty, the scenery which it affords, running as it does through mountains and dense vegetation, but above all it is famous for the tremendous spirituality transmitted when the route is completed at any of the sanctuaries.

A group of people participating in the Centenary celebrations plans to make the Kumano pilgrimage. This involves 5 days walking but we must count one day to reach the start of the route and another day to return so this makes 7 days in total. Walking along the ancient Kumana Kodo is a unique way of experiencing the cultural landscape of the spiritual territory of Kumano.

The focus of the Kumano pilgrimage is to worship at the three Great Temples of Kumano. These are known collectively as the Kumano Sanzan: Kumano Hongu Taisha, Kumano Hayatama Yaisha & Kumano Nachi Taisha.

The Nakahechi branch of the Kumano Kodo pilgrimage network is the most popular Kumano route and this is the one we would take.

Arrangements will be made depending on the number participants. The basic requirements are: accommodation, food and transportation of backpacks. Apart from that, all that is required are a will to take part and good walking legs! If enough people sign up we may consider the possibility of hiring a guide.

REGISTRATION FOR THE KUMANO KODO

As Kyoto is the venue for the USUI REIKI RYOHO Centenary celebrations we are providing a short description of the cities with some recommendations of places in interest to visit and activities.

Kyoto is situated in the central area of the island of Honshu. It is famous for its numerous classical Buddhist temples and their gardens, imperial palaces, Shinto shrines and traditional wooden houses.

Its historical importance derives from the fact that between 794 & 1868 Kyoto was the capital of Japan and the seat of the imperial court and other institutions. In 1868 the Meiji emperor decided to transfer the court to Tokyo.

During the Second World War, Kyoto was the only major Japanese city which was not bombed. As a result it is one of the Japanese cities with a rich historical, artistic and architectural heritage.

Some places of interest

The building we see today is actually a reconstruction. It is part of the complex of historic monuments on ancient Kyoto declared a Heritage of Humanity by UNESCO in 1994

Emblematic Buddhist temple at Mount Otowa, which is famous for the panoramic views from its large viewing platform.

This castle built of cypress wood with extensive gardens dates from 1603. It was the residence of the Leyasu Shogun. The total area of the castle is 275.000 m2, of which 8.000 m2 are occupied by various buildings.

This is no longer the residence of the Emperor of Japan. Since 1869 the Emperor has resided in Tokyo. In 1877 a decree was issued ordering that the Imperial Palace should be preserved. The Kyoto Imperial Palace is the last of the imperial palaces built near the north-eastern part of the ancient capital of Japan. During the Meiji Restoration the palace lost many of its functions when the capital was transferred to Tokyo in 1869.

The Gion district of Kyoto is one of the best known geisha districts in Japan, although in fact it is made up of two separate hanamachi: on the one hand there is the small Gion Higashi (祇園東) district and on the other the larger district known as Gion Kobu (祇園甲部). Today Gion Kobu has around 80 tea houses where maikas and geishas work on a daily basis, whereas in Gion Higashi there are only about 12.

It is well worth taking a walk around the geisha district of Gion which is full of tea houses (ochaya), geisha houses (okiya) and traditional shops selling sweets, textiles, ornaments, make-up, shoes, parasols etc.… Walking around the narrow streets of Gion feels like going back in time. This is a beautiful walk which is really worthwhile.

Others places around Kyoto

Fushimi Inari-Taisha is the main Shinto shrine dedicated to the spirit of Inari. It is situated in Fushimi-ku, one of the districts of Kyoto. The sanctuary lies at the foot of a mountain also known as “Inari”, and there are a number of paths leading to smaller sanctuaries. From time immemorial in Japan Inari was regarded as the patroness of business, although originally Inari was the goddess of rice. Business people and artisans paid homage to Inari in exchange for the prosperity of their businesses. They therefore donated numerous torii gates which today form part of the panoramic view of the temple. This famous temple is said to have more than 32.000 small torii gates.

Arashiyama is a district on the outskirts of Kyoto, Japan. The name also refers to the mountain on the other side of the river Ōi, which forms the backdrop to the district. What is there to visit there?

Note – The prices given for the hotels are merely indicative as they vary depending on availability and the season.

We have tried to give the most conveniently situated hotels so that you can reach them using the Karasuma metro line which has a station closest to the Kyoto ICC. We have also included hotels near Kyoto Central Station as this station is on the same Karasuma metro line in an area where there are lots of hotels.

Hotels in the area. Less than 5km from the ICC

In August 2022 we will celebrate the first centenary of the creation of Usui Reiki Ryoho, the great legacy of Mikao Usui. A historic, unique, global event, very close to where the master reached the state of Anshin Ritsumei. We want to share together the energy of universal love from the truth of the heart, from the unity that we are, and get closer to Usui sensei’s desire to spread the seed of Reiki in humanity.

We are looking forward to sharing this experience with you.